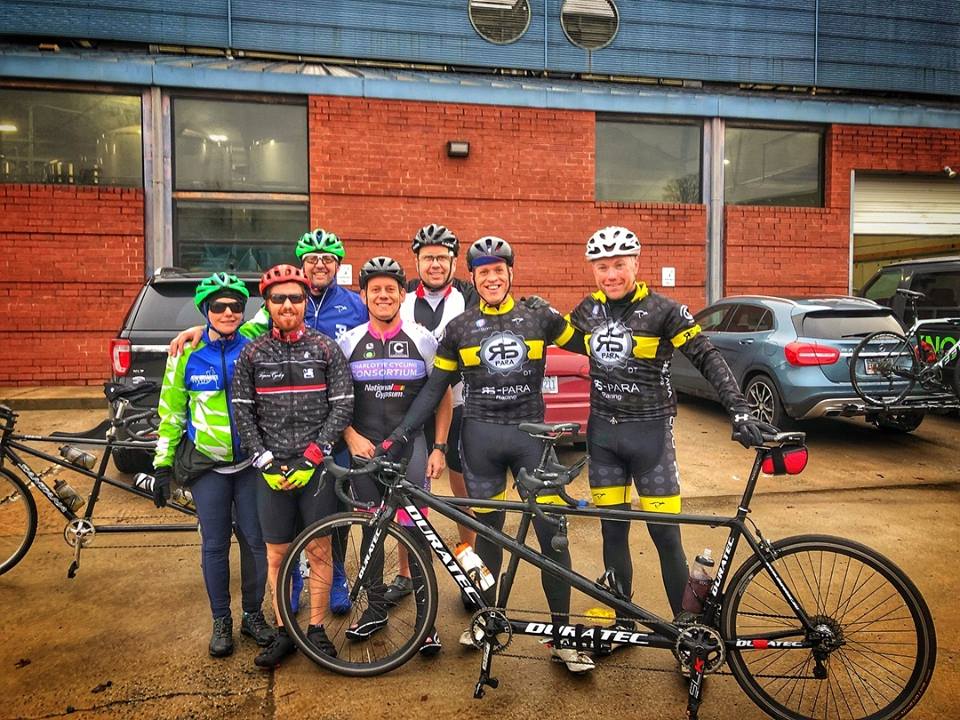 Starting on December 15th and going through December 20th of 2018, the Foreseeable Future Foundation co-sponsored a training camp in North Carolina alongside the Para-Guide Foundation and R-5 Para. The purpose of the training camp was to help the athletes participating get prepared for the World Selection event in California in the month of February. The World Selection event in California is where people compete on a race track with tandem bicycles, and if you perform well enough then it would possibly be a springboard to be a part of Team USA’s World Team. As a team member on the World Team, you would be competing internationally.

According to Griffin, some of the stokers expressed great feelings towards the event, stating things to the effect of it being incredible that they were given the opportunity to ride their bikes and how good it felt to work towards a goal. Paul Harold, a co-founder of Para-Guide was also in attendance. He stated, “What was great about this was, normally we’ll have one maybe two tandems out an event, and with Chester and Jimmy riding together and Chad and Griffin riding together, we went on those group rides representing with four tandem bicycles, which was just kind of unheard of. So we got a lot of visibility for all three of the organizations. The stokers had a great time because they all got to intermingle and tell some of their stories. Everybody got to ride. So it was a great experience.”

A huge thanks to the Para Guide Foundation and R-5 Para for their involvement in the training camp!